It's been another long span of time since my last blog though Twitter has a way of bringing out ignorance posts that need proper addressing. Anyone quite familiar with the franchise knows that Alvin and the Chipmunks have won a number of Grammys and frankly deserve them based on performance. This truth is not to say whether other artists do or do not have merit for the same honor, just that the point is irrelevant.

A tweet began circulating comparing corruption of the Grammy Awards to the franchise. Additional replies to this tweet explained the awards as being the result of racism and xenophobia, hence implying the same from the characters. The last point worth mentioning is the number of comparisons between The Chipmunks and artists of today.

This blog is not to debate about whether or not the Grammys are fraudulent today; the politics is a side issue best discussed elsewhere, but there are specific points that should be corrected given individuals failed to perform their own research before posting slander.

Let's break these points down: 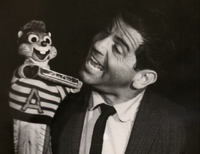 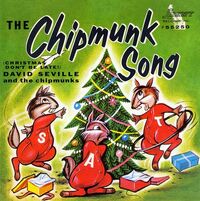 Here are the Grammys awarded between 1958 (the very first Grammy ceremony) and 1965:

Finally, it should be mentioned the most notable nomination that did not result in an award was "The Chipmunk Song (Christmas Don't Be Late)" for Record of the Year. Why is this? The group's debut track quickly topped the Hot 100, remaining there for four weeks, and rapidly sold 2.5 million records in three weeks, the fastest selling record in 1958. The record went on to sell millions more copies and remained the sole #1 Christmas song on the Hot 100 for 61 years, until Mariah Carey's "All I Want for Christmas Is You" finally reached #1 as well.

While this blog just touches the surface on their history, these musical brothers were clearly deserving of the honors they received considering the time, the recording technique, and their audience. There's no doubt they went on to shape our culture and it's disingenuous to dismiss the very real work by their creators with the suggestion The Chipmunks were only honored because of alleged corruption.

Retrieved from "https://alvin.fandom.com/wiki/User_blog:DEmersonJMFM/The_Chipmunks%27_Six_Grammys?oldid=108146"
Community content is available under CC-BY-SA unless otherwise noted.