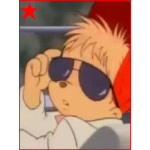 Hi I'm David Alvinson (Jackthechipmunk) but you all know that by now XD I've been a fan of The Chipmunks ever since I can remember. My fave is Alvin of course and naturally that means I love Brittany too. Some of my fave songs include: The 'C' Team, There's No Rock N Roll On Mars, Footloose, Mr. Spaceman, Gonna Get You, Mony Mony and The Cradle of Love to name a few. I've seen every episode of the 80's series in some language or another and have seen all of The Alvin Show too. I've also seen every episode of Alvinnn!!! that's aired so far. Also I have almost every chipmunk song apart from the really rare and obscure ones. I have HD rips and scans for most of the 80's/90's albums released on CD (minus Chipmunks In Low Places and the A Files: Alien Songs) which aren't on the topic channel if people want them. If you have any questions just send me a message :)

Christmas with The Chipmunks (2006)

The Twelve Days of Christmas With The Chipmunks

Retrieved from "https://alvin.fandom.com/wiki/User:David_Alvinson?oldid=108931"
Community content is available under CC-BY-SA unless otherwise noted.