This page contains support indicating the coupling of Theodore Seville and Eleanor Miller, and their most accepted couple name is Theonor (Theodore + Eleanor).

Out of all The Chipmunks and Chipettes, Theodore and Eleanor are the most open couple. They both share similar interests. Plus, several moments throughout the franchise hint towards Eleanor having a large crush on Theodore. Similarly, Theodore commonly gets nervous or blushes when he is near her, volunteering to help her more than anybody else. Both may, for now, experience puppy love for each other, but it will soon grow into true love. 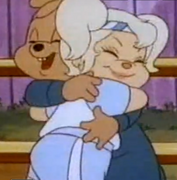 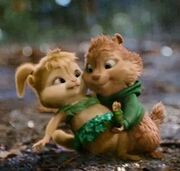 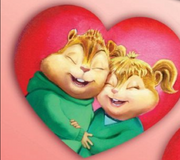 Add a photo to this gallery
Retrieved from "https://alvin.fandom.com/wiki/Theodore_%26_Eleanor?oldid=112863"
Community content is available under CC-BY-SA unless otherwise noted.