Dave and The Chipmunks board the S.S. Lurleen, beginning their cruise. Alvin throws his suitcase into his dresser before rushing out onto the deck where he finds a woman stuck in a porthole. He frees her, but she begins crying over the theft of her jewels, now located inside the cabin she got suck trying to enter. Alvin retrieves them only to learn back at their cabin of the disappearance of the same gems. Alvin hides in his bunk while his brothers search the crime scene for evidence. Certain of the culprit, Simon confronts Alvin who explains he was tricked. The boys go to dinner with a plan to find this tattooed woman. Following the fake announcement of jewelry in their cabin, The Chipmunks decide to meet up with Dave on stage, but Dave went back to their cabin, setting off the trap left for the real thief. Meanwhile, the boys create fake cardboard cutout of themselves to convince the thief they are indeed performing, yet they'd really be off to check their trap. Once the performance begins, the busboy rushes to search The Chipmunks' cabin, followed by the ship's detectives once the deception of the concert is evident. The brothers jump the busboy, holding him down, as the captain and detectives enter. Alvin reveals the identity of the thief, confirmed by the jewels on him. 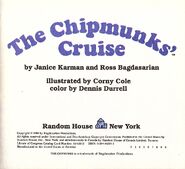 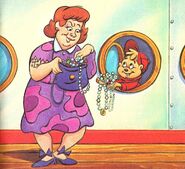 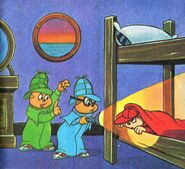 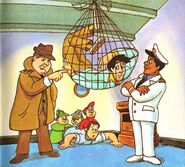 Retrieved from "https://alvin.fandom.com/wiki/The_Chipmunks%27_Cruise?oldid=96076"
Community content is available under CC-BY-SA unless otherwise noted.