This page contains support indicating the coupling of Simon Seville and Jeanette Miller, and their most accepted couple name is Simonette (Simon + Jeanette), though some prefer the pairing name as Simanette.

Simon and Jeanette are the characteristically smart couple who wear glasses and always have a logical explanation for almost anything (almost). Except when Simon takes charge, Jeanette can sometimes be shy and timid and a doormat for Brittany's schemes. Simon and Jeanette share a non-confusing relationship, but are very shy and don't open up about it. Jeanette and Simon, in the series of cartoons, occasionally hold hands and hang out often. Simon is sometimes very defensive of her, and when Jeanette gets clumsy and falls, Simon is usually the one to catch her and help her to her feet. Their actions show that the two care for each other more than friends, but could be embarrassed about it. In Big Dreams, they are portrayed as a married couple and win Nobel Prizes together. In the CGI films series, Alvin and the Chipmunks: Chipwrecked, their shy relationship takes a central role by progressing through a new, temporarily confident, version of Simon. 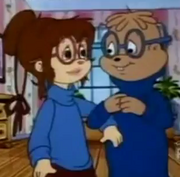 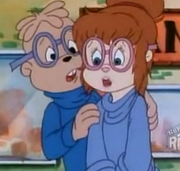 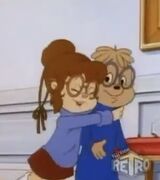 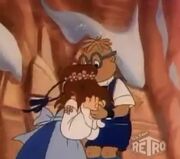 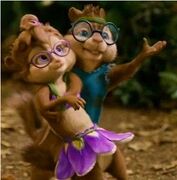 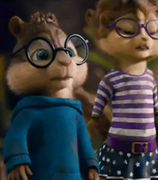 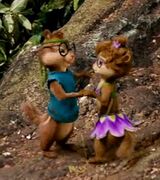 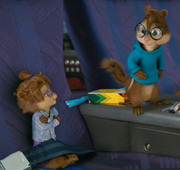 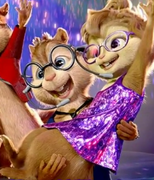 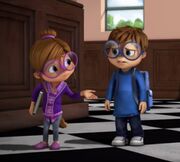 Add a photo to this gallery
Retrieved from "https://alvin.fandom.com/wiki/Simon_%26_Jeanette?oldid=104681"
Community content is available under CC-BY-SA unless otherwise noted.