Only November 7 2020 00:00:00 EST until the 62nd anniversary of Ross Bagdasarian, Sr. finishing the writing of "The Chipmunk Song (Christmas Don't Be Late)." This message will be displayed if the timer does not show up (like if the clock is loading or you do not have javascript enabled on your browser).

Only November 18 2020 00:00:00 EST until Alvin and the Chipmunks' 62nd Anniversary. This message will be displayed if the timer does not show up (like if the clock is loading or you do not have javascript enabled on your browser).

October 19
1985: Soccer to Me and Every Chipmunk Tells A Story premiered on TV. 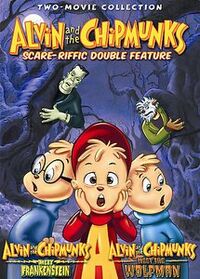 Alvin and the Chipmunks Meet Frankenstein and Alvin and the Chipmunks Meet the Wolfman are animated horror-themed direct-to-video films, created by Bagdasarian Productions and Universal Animation Studios, originally released in 1999 and 2000 respectively. Both films capture the essence of Alvin and the Chipmunks and Universal's legendary monsters, Frankenstein and Wolfman, in new renditions of these classic nightmare tales. In Meet Frankenstein, Dave books The Chipmunks for a Halloween performance at a theme park after of which they discover Dr. Frankenstein's monster. After the boys teach him to be kind, Alvin is kidnapped to become Dr. Frankenstein's new monster. In Meet the Wolfman, Alvin develops suspicions that their neighbor is a wolfman and forces Simon to help him prove his claim. Meanwhile, The Chipmunks and The Chipettes practice for a Halloween play only for things to become wild once Theodore starts transforming as a result of a mysterious bite. These two scare-riffic tales, featuring seven total songs, are currently available on VHS, DVD, and digital download.
FEATURED VIDEOS 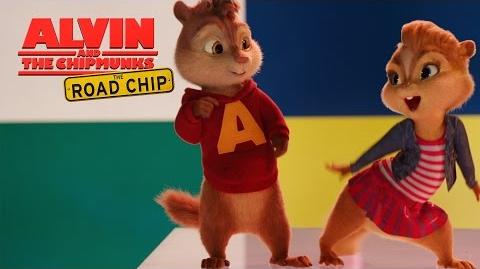 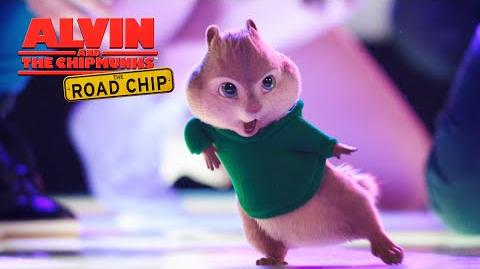 Retrieved from "https://alvin.fandom.com/wiki/Munkapedia,_the_Alvin_and_the_Chipmunks_Wiki?oldid=108380"
Community content is available under CC-BY-SA unless otherwise noted.