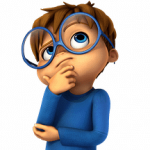 If you ever need assistance editing, have a question regarding any action on my part, or would like to make a suggestion, please feel free to ask me at any time.