This page contains support indicating the coupling of Alvin Seville and Brittany Miller, and their most accepted couple name is Alvittany (Alvin + Brittany), though some prefer the pairing name as Alvinatty. ALVINNN!!! gave another potential pairing name in Albrittina.

Alvin Seville and Brittany Miller are the love/hate relationship couple that often runs as a gag throughout the cartoon series. Brittany and Alvin sometimes squabble with one another, but they also sometimes act kinda friendly towards one another. 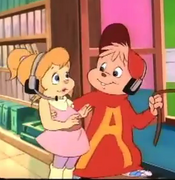 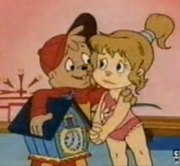 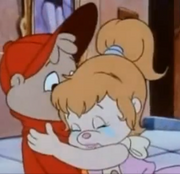 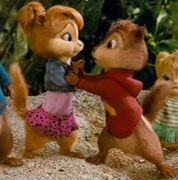 Add a photo to this gallery
Retrieved from "https://alvin.fandom.com/wiki/Alvin_%26_Brittany?oldid=104677"
Community content is available under CC-BY-SA unless otherwise noted.