Alvin and the Chipmunks Wiki
Register
Don't have an account?
Sign In
Advertisement
in: Television Series
English

The Chipmunks Go to the Movies

This article is about the 2015 television series. For other uses, see Alvin and the Chipmunks (disambiguation).

ALVINNN!!! and The Chipmunks,[4][5] previously known as The Chipmunks and Chipettes,[6] is an Alvin and the Chipmunks television series that was announced by Ross Bagdasarian, Jr. and Janice Karman during an interview in the spring of 2010.[7] The series' first premiere was March 30, 2015 on M6 in France[3] with the US premiere August 3, 2015[8] on Nickelodeon. ALVINNN!!! is currently airing in multiple countries.

The series is currently slated to contain at least 260 11-minute episodes and use high-definition computer generated animation,[6][9] with The Chipmunks and The Chipettes' new looks similar to Alvin's iMunk design.[2][10] Not only are Ross Bagdasarian, Jr. and Janice Karman once again providing the voices for the main characters,[2] they include a new, original song in every episode.[1][4]

The series is produced by Ross Bagdasarian, Jr., Janice Karman, Sandrine Nguyen, and Boris Hertzog from American Bagdasarian Productions and French OuiDo! Productions (previously named Genao Productions).[11][12][13] OuiDo! Productions was placed with the series' animation and half of its storyboard while Bagdasarian Productions handles all voices for the characters and creation of the original music.[14] PGS Entertainment, an international distributor, secured the media rights to the series outside the US and France in August 2013[4][11] as well as licensing and merchandising rights in May 2014.[15] Nickelodeon acquired the broadcasting rights to the series for airing outside the US (later acquiring rights in August 2015[16]) and Brazil in February 2014 with the commitment for two seasons; 104 episodes total.[9] The series was first introduced to broadcasters at Mipcom in October 2013 and was the second most viewed series at the event.[17]

In October 2016 Bagdasarian Productions and Technicolor Animation Productions (owners of OuiDo! Productions) announced the confirmation of a third and fourth season[18] and in August 2018 a fifth season was announced by PGS Entertainment, each containing 52 episodes.[19] A commitment to two additional seasons was announced in November 2019, bring the series episode total to 364 and an air run up to 2025, though the broadcast rights to these seasons have not yet been acquired by a network.[19]

ALVINNN!!! and The Chipmunks is set in the modern day and focuses on topics such as Dave's issues with modern technology and bullying at school.[14] Others include being embarrassed by one's parents and helping a parent find a date.[2] Several multi-part Holiday episodes were confirmed to be included within season four and/or five.[20]

The new animated series, ALVINNN!!! and The Chipmunks, created by Janice Karman, takes us on a roller coaster ride of music, laughter and stories geared to entertain The Chipmunks' four generations of fans. Presented for the first time in glorious CGI, the series features ground-breaking animation and a new, original Chipmunk song in every episode. The series is an animated version of a prime-time sitcom and reflects the trials and tribulations of a single parent, David Seville, trying to raise six hyper-active Chipmunks. Like most parents, Dave's patience will be pushed to the limit, forcing him to end most sentences in "ALVINNN!!!"[21]

The following are lists of potential episodes and original songs likely to appear in the series as a result of copyright applications submitted by Bagdasarian Productions since 2012.[23] All publicly confirmed (ie. TV listings) episodes and their corresponding songs can be found on the list of all episodes linked above.

This section may contain spoilers. If you wish to continue, click "Expand." 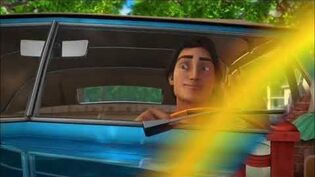 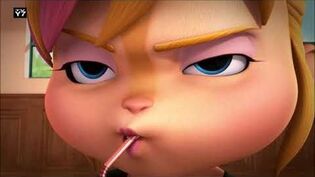 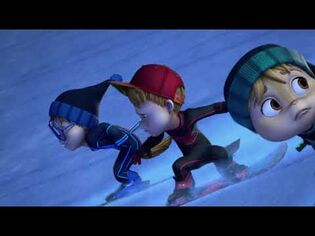 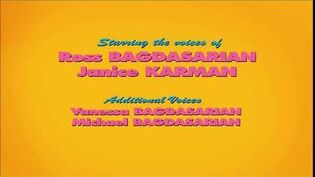 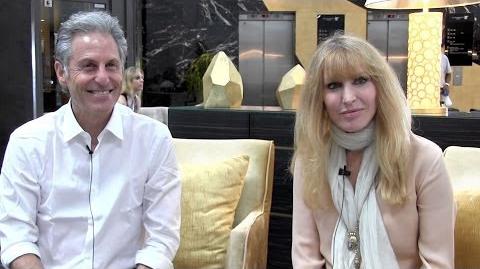 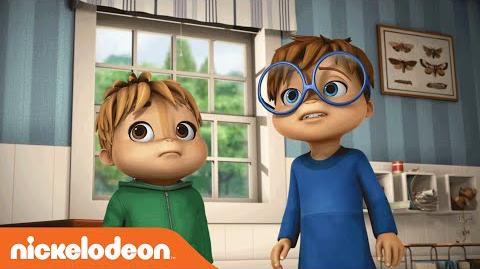 ALVINNN!!!! and the Chipmunks - Meet Alvin! 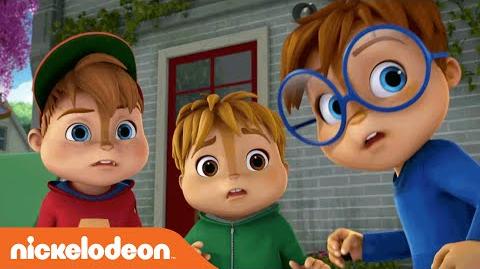 ALVINNN!!!! and the Chipmunks - Did You Hear The News? 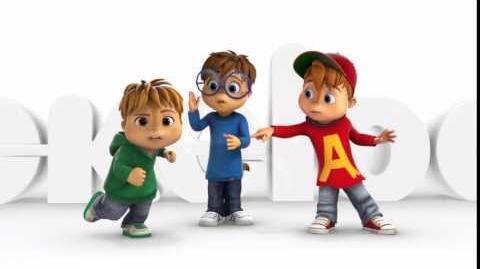 ALVINNN!!! and the Chipmunks - Nick Mnemonic 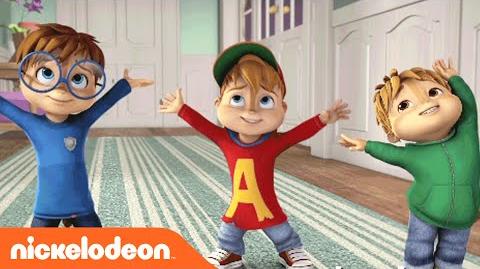 ALVINNN!!! and the Chipmunks Alvin Megamix feat. The Chipettes Nick